This graph periodically shows up on Reddit and other news aggregators: 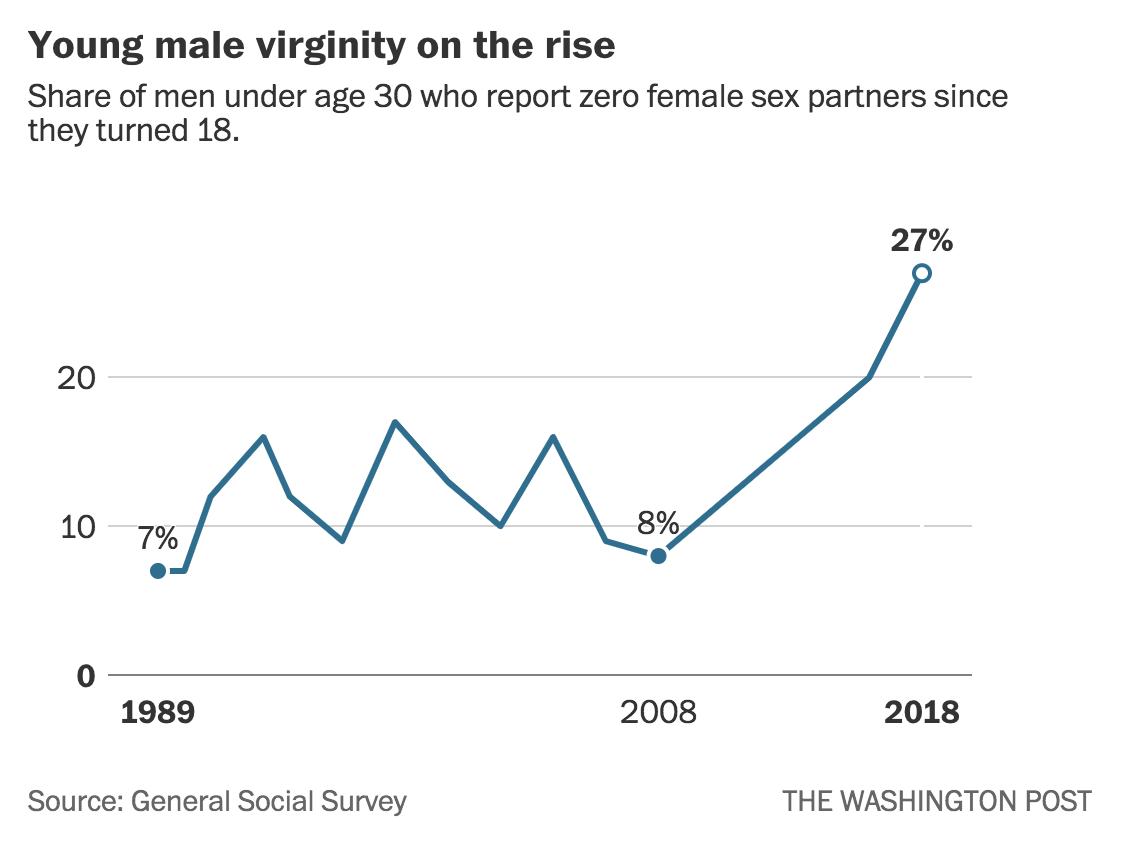 This graph is frequently accompanied by comments claiming that it has been falsified:

I was interested in figuring out if this was real or not.

First, let’s note that a Washington Post journalist did publish this graph. It doesn’t appear in the actual article (nor in the oldest archived version), but it is in a promotional tweet from the article’s author Christopher Ingraham (archived) which contains the chart:

Stunning chart: the share of men under 30 who aren’t having sex has nearly tripled in the past decade

I suspect that part of the confusion is that the WaPo article itself shows a similar graph (% of men who haven’t had sex in the last year), but not this graph which is more commonly cited.

Yes, the graph is based on GSS data

Let’s see if we can reproduce the actual graph using The General Social Survey (GSS) data. With GSS’s search data tool, we can find the variables we need. The dependent variable we want to analyze is numwomen. Our independent variable will be year. We’ll want to filter based on sex and age.

The easiest way to do perform a quick analysis on GSS seems to be to use UC Berkeley’s SDA program, which handles a lot of the gotchas of working with GSS for you. In particular, the following configuration will reproduce the graph:

Here is the resulting table, and here is the graph:

The graph is almost identical to WaPo’s graph. There’s a small rounding difference (our graph shows 26.4% in 2018 versus WaPo’s reported 27%), but other than that the data is essentially accurate.

I wanted to create a version of the graph with the confidence interval bars. I got the data into a CSV using SDA’s export functionality, and then it was a matter of some Python code to get it into a nice graphing format:

The output “records”-orientated JSON format is perfect for graphing in Vega-Lite. 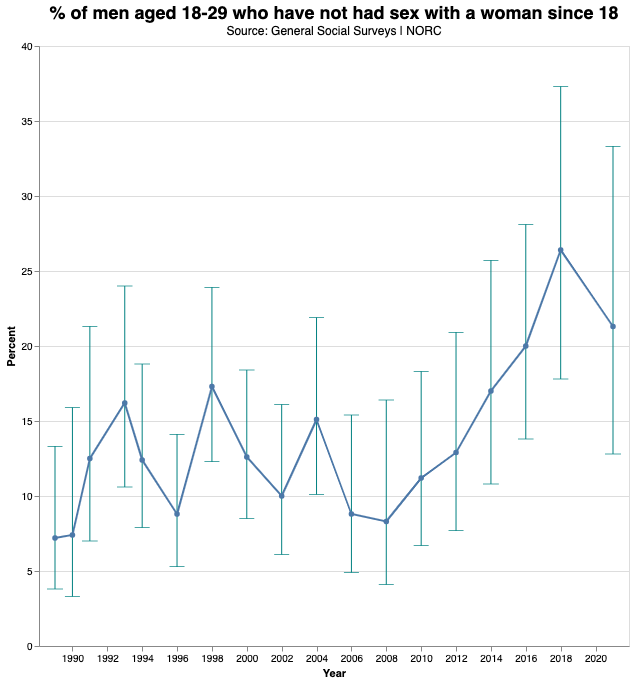 As we can see, the error bars are actually quite large!

The “Young male virgins” graph was published by WaPo and is substantiated by the GSS data. A lot of the confusion on the internet seems to be caused by the attributed graph only appearing on Twitter and not in the actual article. It is unfortunate that the article does not include information or justification for how the GSS data was used. I think the WaPo graph should also have included the error bars so that readers could make their own inferences about the proposed “trend”.